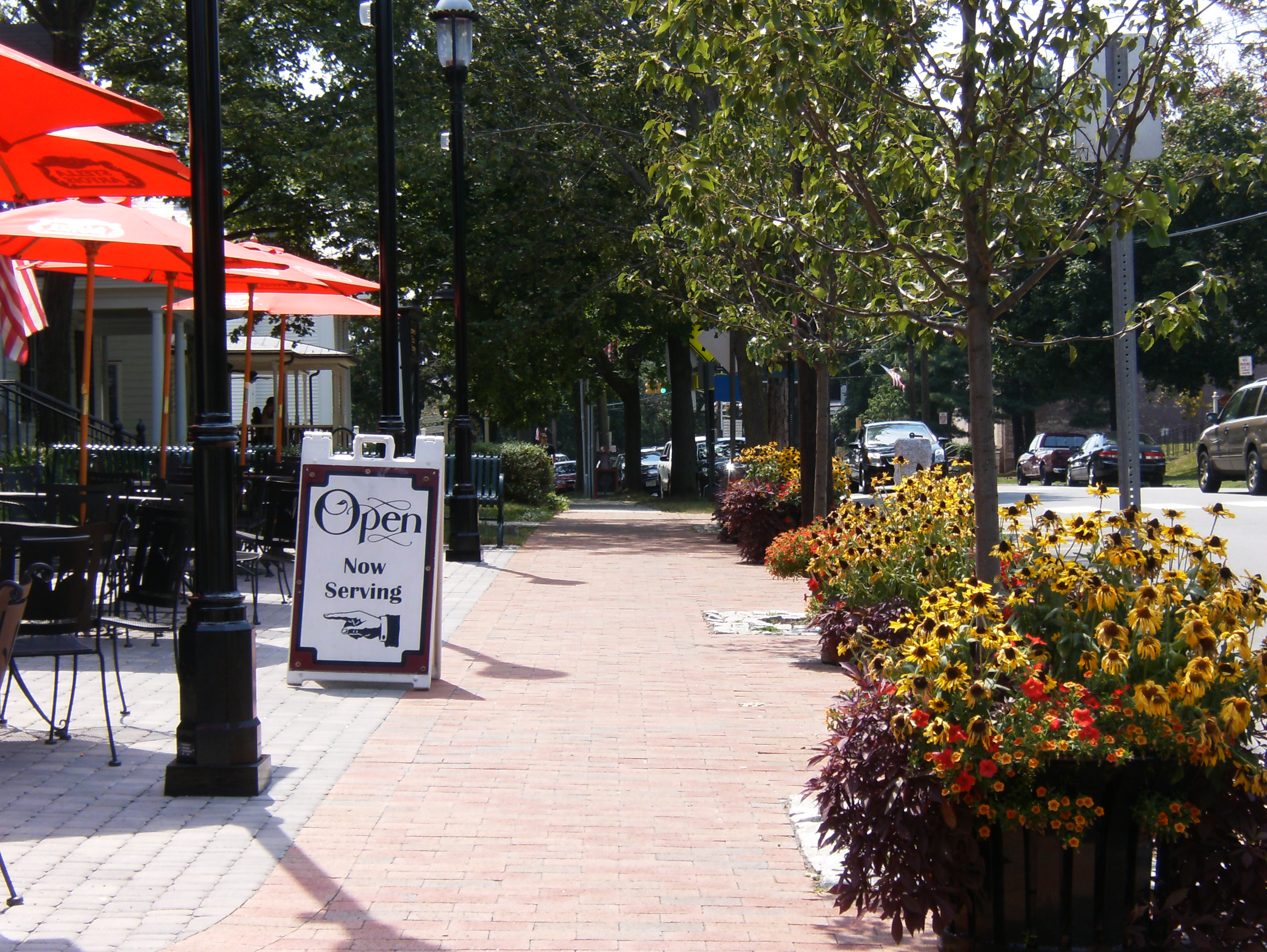 Originally settled in the early 1700’s and later incorporated in 1891, Hopewell Borough today remains one of New Jersey’s Great Places. New Jersey Monthly magazine consistently ranks Hopewell Borough as one of the “10 best small towns in NJ” and one of the “25 best places to call home in the Garden State.”  In 2012, Hopewell Borough’s main thoroughfare, Broad Street (CR 518), was named a Great Place in New Jersey by the American Planning Association-New Jersey Chapter (APA-NJ). Great Places offer better choices for where and how people work and live. They are enjoyable, safe and desirable, places where people want to live, work and visit every day.  New Jersey’s great streets, neighborhoods and public spaces are defined by many criteria, including architectural features, accessibility, functionality and community activity.

Broad Street, with its many unique restaurants, unique and antique shops, specialty service or professional establishments and centuries-old residences, is the focal point of the community. A concerted effort by town officials, business owners and residents to retain the character, charm and historic integrity of the Borough lead to funding in 2005 from NJDOT through a federal Transportation Enhancement (TE) grant to begin streetscape improvements in the central business district.  Phase I of the project included the removal of deteriorated concrete and bituminous sidewalk and curbing, installation of new red and grey brick sidewalks, hitching posts, landscaping, pedestrian scale lighting, and other improvements.  Encouraged by the success of Phase I, the Borough sought funding for Phase 2 for an additional $917,000 grant from the NJDOT TE grant program in 2008 to continue the work.  Phase 2 improvements, which added new handicap sidewalk ramps, street furniture and ornamental planters in addition to the elements in Phase I, were completed in 2011.  Supplementing the partnership with the State and federal government through grants, the County of Mercer assisted with additional streetscape improvements. These improvements have accomplished much to increase pedestrian safety and slow vehicular travel, so much so that Hopewell Borough is now featured as a key model for the Complete Streets initiative.

Please join APA-NJ as it celebrates one of its 2012 Great Place in New Jersey award winners with a Walking Tour of Broad Street, Hopewell Borough.  The Hopewell Borough Mayor, Council members and other local stakeholders will walk with us and discuss the efforts made to retain the historic qualities of the area while seeking and investing grant monies into streetscape improvements.  Members are invited to attend a Cruise Night on Friday, May 10th from 5pm to 8pm to see Broad Street as an active center of community life and return on Saturday morning, May 11th from 10 am to noon for a walking tour with Borough officials to discuss the various factors that went into keeping Hopewell’s Broad Street such a unique place.  2 CM credits will be sought for the Saturday morning walking tour.