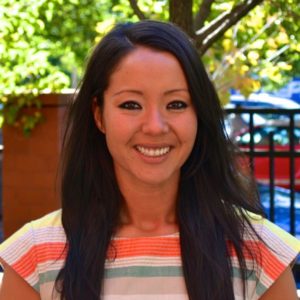 Sheena Collum was named Executive Director of the American Planning Association- New Jersey Chapter in August of 2011 and is responsible for the day-to-day administration of the organization.  During her tenure, the Chapter has received four consecutive national awards for programming and education, philanthropic outreach, policy advocacy and community engagement.

Sheena prides herself on partnerships between the planning community, other nonprofits, working with elected and appointed officials, and sharing the message of comprehensive planning with the public.

Over the past several years, the chapter has launched several new initiatives that encourage and highlight planning including the Community Planning Assistance program, Great Places in New Jersey Awards program, and has also expanded the State’s largest land-use planning conference bringing over 700 experts in the field together over the course of two-days.

In May 2013, Sheena was elected to the Board of Trustees in South Orange, New Jersey which is considered to be a leading smart-growth community and transit-village.