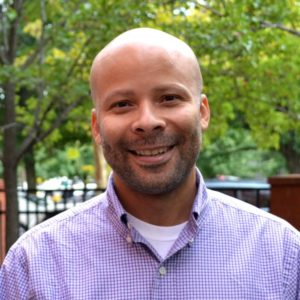 Jeffrey is currently the Acting Planning Director for the City of Trenton, NJ. He oversees the operations of the Division of Planning and his primary focus within the Division is long-range planning. Jeffrey has been instrumental in launching Trenton’s new master plan aptly named Trenton250 to articulate Trenton’s community vision and desired outcomes for the City’s 250th anniversary in 2042 (www.trenton250.org). Before working for the City of Trenton, Jeffrey worked for PlanSmart NJ as a Sr. Project Planner and conducted smart growth planning research for developing local circulation plans, NJ’s Transfer of Development Rights program, Housing the Vulnerable in Mercer County for cost-burdened households, and build-out analyses for numerous municipalities throughout New Jersey.

Jeffrey began his involvement with APA-NJ in 2009 as a founder of the Ethnic and Cultural Diversity Committee (ECDC) and represented the Chapter on the National APA Diversity Taskforce. In Fall of 2011, Jeffrey transitioned his role to APA-NJ VP of Membership Services. He is now the APA-NJ Treasurer.