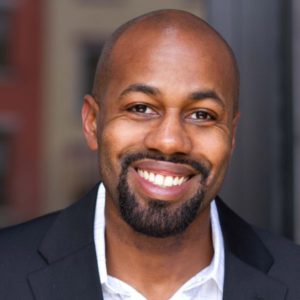 Christopher is a Principal Planner for the City of Hoboken, where his work includes coordination of environmental sustainability initiatives, preparation of grant applications, and assisting in various capacities with local development projects. Christopher has a solid foundation in land use planning through engaging in the preparation of redevelopment studies and plans; crafting affordable housing strategies; preparation of zoning regulations and development review applications.

Christopher began his involvement with APA-NJ in 2009 as an active member of the Young Planners Group (YPG). The efforts of the YPG, under Christopher’s leadership, resulted in APA-NJ winning the 2011 Karen B. Smith Award for Outstanding Service to Membership. In Spring of 2011, Christopher transitioned to his current role as APA-NJ Professional Development Officer for Continuing Education. Later, in Fall of 2011, he volunteered to serve as the National Coordinator for the Planning Webcast Series, sponsored by APA Chapters, Divisions and Universities.

In 2012, Christopher was appointed, by AICP President Anna Breinich, to serve on the Planning Accreditation Board (PAB). The PAB conducts the accreditation process for all planning programs in North America; thereby ensuring high quality educational standards for the planning profession.    Christopher graduated in 2006 from State University of New York (SUNY) at Buffalo with a Master of Urban Planning (MUP) degree concentrating in Urban Management. In his spare time, he enjoys public spaces, kickball and Twitter.